Occupies the sexual desire in humans in third place after eating and drinking (for survival) and search for security, in order of priority and importance of the innate desires of human beings. Sexual relationship between couples is important, as the disruption of this relationship leads to the pressures and problems of a large family may end in divorce, or at least the failure of family relationship, which will reflect negatively on the children in that house. 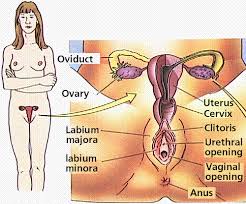 A - Fertilization inside the body: • Programs inciting ovulation and the order of sexual intercourse. • Artificial intra-uterine injection with agitation programs ovulation. • Determine the sex of the fetus through the separation of sperm from male and female injected inside the uterus with the incitement of ovulation.

A - Programs inciting ovulation and timing of sexual intercourse: It aims to increase the chance of pregnancy in a natural way, especially where it is established there are no grounds to the wife or husband of the late pregnancy and an examination of the ovaries to produce more eggs (preferably not more than three eggs) by giving drugs and needles hormonal by age of wife and a period of non-pregnancy and hormones on Balibadp in these programs are monitored maturation of the egg at regular intervals to monitor the women's response to stimuli, and modify the dose as needed.

When egg size (16-18 mm), given the wife an injection blow egg HCG)) to start from the ovary and picked up by the fallopian tube, and then determine the time is 24-36 hours after intercourse to give the injection.

• The wife was under the incitement of ovulation and then injected with sperm stimulated in the laboratory in the womb. • Is to incite the ovary to produce a greater number of eggs given hormonal injections (Jawnadrutherobin) to produce 1-3 eggs and the chance of pregnancy ranging from 15-20%. • Is stimulated sperm in the laboratory in many ways the most common are simple washing of sperm, sperm penetration of technology to the top of any technical and partial separation. Matter of synthetic intra-uterine injection:

Grounds when the man:

• Lack of sperm count (5-20 million / ml). • Lack of movement of the sperm (if it is rapid basic movement less than 10%) the high viscosity of semen. • abnormalities in the penis, such as: ? The existence of a hole and urinate in a place other than natural. ? Deep bow in the penis. • Libel retrospective.

When the causes of women:

• Lack of cervical secretions and lack of suitability to receive the sperm. • The presence of antibodies to sperm. • Unexplained infertility.

You may be interested in reading Increase Sperm Count and Remedies for Infertility.