No one likes to finish a great meal with a bad digestion. If you are prone to long and unpleasant indigestion, do not overlook these effective home remedies.

If you include healthy foods in your diet but your digestion is not very good, it is possible that you mistakenly combined.

The digestive system secretes various substances for the digestion of different foods, and to the simultaneous presence of incompatible foods, processed first one and delaying the digestion of others, what you leads to incomplete digestion, heaviness, flatulence, constipation, diarrhea, heartburn, or gastritis. 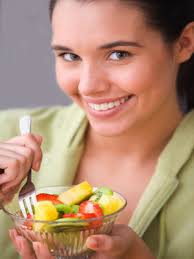 How to Improve Digestion

• Let yourself be guided by the sense of taste and your appetite. If you eat without hunger or food you do not know well the digestive juices do not flow properly and the food is poorly digested. • Avoid the stress and the discussions at the lunch. The digestive system is regulated by the autonomic nervous system, which in turn is strongly influenced by the mind and emotions. • Eat slowly and chew your food well. A well-chewed food is easier to be attacked by digestive enzymes. • Avoid combining acidic foods with carbohydrates. Acidic foods hinder the action of salivary enzymes. • Include some protein at every meal. Low protein foods do not stimulate the secretion of gastrin, which in turn stimulates the secretion of hydrochloric acid.

Digestion in the stomach

Carbohydrates are being part of the stomach digestion, as ptialina stop acting in the acidic environment of the stomach. This means that as starches and sugars are mixed with hydrochloric acid stomach contents, digestion stops until it leaves the stomach. But that has not happened yet, and have more protein eaten along with starches, are more acidic gastric juices and amylases are less active on them. Digestion in the stomach can take several hours and the temperature is 40 °, so that sometimes the sugar and half-digested starches ferment leading to the known gases which are expelled through the mouth or pass into the intestine.

Lipids pass virtually unchanged through the stomach apparently no important enzyme to deal with them. However, lipids are able to slow the digestion of other nutrients, because they involve small pieces of food and not allow access of digestive juices and enzymes in them.

You may be interested in reading Digestive Problems and Home Remedies for Indigestion.