Studies in genetically modified mice show that social stress activates the immune system and accelerates the development of atherosclerosis. Commonly used drugs to lower blood pressure, however, can stop this process. This is the conclusion of a thesis presented at the University of Gothenburg, Sweden.

Several large studies have clearly shown that there is a correlation between psychosocial stress and cardiovascular disease risk. However, little is known about why this is the case. 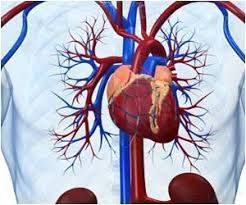 The aim of the thesis is to study the underlying mechanisms by which stress leads to atherosclerosis and subsequent cardiovascular disease, says Evelyn Bern berg, researcher at the Department of Molecular and Clinical Medicine at the Sahlgrenska Academy.

The study was conducted with mice that have been genetically engineered to spontaneously develop atherosclerosis. Using mice as experimental animals, allowing scientists to study the relationships of cause and effect in a controlled situation.

Heart disease and factors of risk of stroke, according to statistics from the American Heart Association:

• 33.5 percent of adults 20 years of age in the United States have high blood pressure, 80 percent are aware of their condition, but less than half have their disease under control. • 23.1 percent of men and 18.1 percent of women are cigarette smokers, 19.5 percent of students in grades 9 to 12 the use of snuff in the report. • 15 percent of adults over age 20 have total cholesterol levels of 240 mg / dL or more. • 8 percent of adults have been diagnosed with diabetes mellitus, 36.8 percent have prediabetes. • More than 67 percent of adults are overweight. • During the past 30 years, the prevalence of obesity in children aged 6 to 11 has increased from 4 percent to over 20 percent.

We found that situations that alter the social environment in which the mice live normally greater atherosclerosis, the more physical forms of stress do not, says Evelyn Bern berg.

The scientists found that social stress increased the blood levels of several markers of inflammation - which previously have been shown to accelerate the development of atherosclerosis.

This release may reduce blood pressure with drugs commonly used beta blockers. The same beta-blockers also reduce atherosclerosis and release of inflammatory markers in unstressed mice, showing that the sympathetic nervous system plays an important role in the development of atherosclerosis.

Our studies suggest that social stress that activates the immune system is also the type of stress that can lead to the development of atherosclerosis, but we must confirm our previous studies on gene-modified mice also reflect the situation in humans. It is possible that beta-blockers commonly used to some extent prevent stress can lead to atherosclerosis, says Evelina Bernberg.

Atherosclerosis begins when cholesterol enters the blood vessel wall and plaques are formed. Atherosclerosis is the main underlying cause of cardiovascular disease such as angina, myocardial infarction and stroke. Diseases associated with atherosclerosis causes 40-50% of all deaths in Sweden.