It is very much possible that some people or a group will find it difficult to pronounce a particular word or will pronounce it incorrectly. It can also be possible for some that they have to make special practice and efforts for pronunciation of some words. Having little or no ability to pronounce some words of a language or pronouncing it in incorrect manner can be termed as language disorders 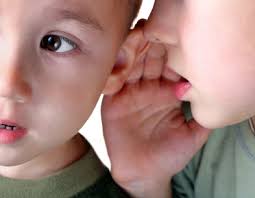 Like deafness, there is a possibility of language disorder with respect to child if the child is suffering from mental retardation. Mental retardation is the condition, mostly congenital, where the development of the brain of the child is halted. In such cases, lots of centers of the brain, controlling various parts of the body are undeveloped. Mostly in all the cases, the speech or language centre remains undeveloped hence speech disorders are unavoidable in such cases.

There can also be some possibility of a disease may cause some kind of language or speech disorders. As in case of facial palsy or paraplegia (paralysis), the nerves associated with sensory as well as motor type of sense organ, tongue get affected. Because of this person can not use his/her tongue properly, can not redirect the air or udaan vaayu properly at the region in buccal cavity hence causes speech or language disorder. Apart fro any disease, there can be some neural disorder which can cause some trouble with respect to either speech area in the brain or the organ of tongue leading to speech disorder.

Suffering from a speech disorder can have negative social effects, especially among young children. Those with a speech disorders can be targets of bullying that can result in disorders can cause some sufferers to be shy and have poor public speaking skills. Some of the famous people with speech impediments are..