Feeling down from time to time is a normal part of life. But when emptiness and despair take hold and won't go away, it may be depression. More than just the temporary "blues," the lows of depression make it tough to function and enjoy life like you once did. Hobbies and friends don’t interest you like they used to; you’re exhausted all the time; and just getting through the day can be overwhelming.

When you’re depressed, things may feel hopeless, but with help and support you can get better. But first, you need to understand depression. Learning about depression—including its signs, symptoms, causes, and treatment—is the first step to overcoming the problem. 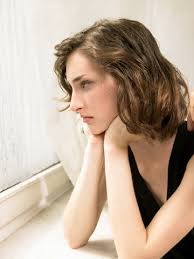 Signs and symptoms of depression

Depression varies from person to person, but there are some common signs and symptoms. It’s important to remember that these symptoms can be part of life’s normal lows. But the more symptoms you have, the stronger they are, and the longer they’ve lasted—the more likely it is that you’re dealing with depression. When these symptoms are overwhelming and disabling, that's when it's time to seek help.

Common signs and symptoms of depression

Feelings of helplessness and hopelessness. A bleak outlook—nothing will ever get better and there’s nothing you can do to improve your situation. Loss of interest in daily activities. No interest in former hobbies, pastimes, social activities, or sex. You’ve lost your ability to feel joy and pleasure. Appetite or weight changes. Significant weight loss or weight gain—a change of more than 5% of body weight in a month. Sleep changes. Either insomnia, especially waking in the early hours of the morning, or oversleeping (also known as hypersomnia). Irritability or restlessness. Feeling agitated, restless, or on edge. Your tolerance level is low; everything and everyone gets on your nerves. Loss of energy. Feeling fatigued, sluggish, and physically drained. Your whole body may feel heavy, and even small tasks are exhausting or take longer to complete. Self-loathing. Strong feelings of worthlessness or guilt. You harshly criticize yourself for perceived faults and mistakes. Concentration problems. Trouble focusing, making decisions, or remembering things. Unexplained aches and pains. An increase in physical complaints such as headaches, back pain, aching muscles, and stomach pain.

Depression is difficult to treat, especially in children, adolescents, elderly patients, and those with a history of chronic disease. The primary treatment methods are drug therapy, electroconvulsive therapy (ECT), and psydlOtherapy. The various options for depression treatment varies from medication to psychotherapy to self help. Some of them are listed below:

Medication Treatment for Depression - Antidepressant medications are often the first treatment option prescribed by health professionals. Antidepressants relieve the symptoms of depression, which makes it easier to face your problems and take appropriate action

Tricyclic drugs - tricyclic antidepressants (TCAs) such as amitriptyline. TCAs are the most widely used class of antidepressant drugs. They prevent the reuptake of norepinephrine or serotonin (or both) into the presynaptic nerve endings, resulting in increased synaptic concentrations of these neurotransmitters. They also cause a gradual loss in the number of beta-adrenergic receptors.

2. MAOI(Monoamine oxidase inhibitors ) - monoamine oxidase (MAO) inhibitors such as isocarboxazid (Marplan). MAO inhibitors block the enzymatic degradation of norepinephrine and serotonin. However, they're commonly prescribed for patients with atypical depression (for example, depression marked by an increased appetite and need for sleep, rather than anorexia and insomnia) and for some patients who fail to respond to TCAs. MAO inhibitors are associated with a high risk of toxicity; patients treated with one of these drugs must be able to comply with the necessary dietary restrictions. 3. SSRIs antidepressant medication (Selective serotonin reuptake inhibitors) - selective serotonin reuptake inhibitors (SSRls), such as fluoxetine (Prozac), paroxetine (Paxil), and sertraline (Zoloft). SSRIs are becoming the drugs of choice for treating depression. They're effective and produce fewer adverse effects than TCAs. Even so, they're associated with sleep and GI problems and alterations in sexual desire and function. 4. Antidepressant - maprotiline, trazodone (Desyrel), and bupropion (Wellbutrin) aren't chemically related to the other antidepressants listed above; however,they're effective in treating depression by blocking the reuptake of norepinephrine, serotonin, and epinephrine, respectively. However, the reason they aren't used as commonly as the other compounds is because of increased adverse effects. 5. Antipsychotic Medication 6. Antianxiety medications 7. Anticonvulsants