Parkinson's disease is a motor system disorder which comes about as a result of the loss of brain cells that produce the neurotransmitter dopamine. Parkinson's disease generally affects individuals over the age of 50, although it can occur in people much younger than that age as well. The disease is progressive, in which symptoms gradually get worse and can start to interfere with daily activities and life. There are some early signs and symptoms for Parkinson's disease that can help a person know whether they have the condition. 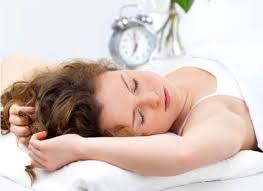 • Posture Changes: - Developing a stooped posture is one of the early signs of Parkinson's disease.

• Changes While Walking: - If you stop swinging one of your arms while walking or begin to limp or drag one of your legs, that can be an early symptom of Parkinson's disease. This happens because the muscles become more rigid. • Facial Changes: - An early sign of Parkinson's can be a change in your facial expression such as lack of blinking. Some people also notice their voice gets quieter. • Tremor: - One of the most noticeable signs of early Parkinson's disease is a tremor or shaking, usually in the arm, leg or hand, while you are sitting still, that subsides when you move the affected body part. • Discomfort: - Tingling or aching in the neck and limbs is also an early sign of Parkinson's disease.

• Vitamin C: - Vitamin C is a water-soluble vitamin used as an antioxidant and to improve the immunity system. A study published by the Department of Research, Centro Ramón y Cajal in PubMed reported "vitamin C can help with symptoms of Parkinson's disease by preventing damage to brain cells from levodopa, a medication prescribed for Parkinson's disease. • Vitamin B3: - Vitamin B3, also known as niacin, works to release energy and assists with circulatory function of the cells and maintains the health of the nervous system. Parkinson's patients often have a deficiency in niacin. Patients with Parkinson's can take supplements to make up for the Vitamin B3 deficiency or increase consumption through vegetables, cereal, proteins and dairy products. • Vitamin E: - Taking Vitamin E is believed to help reduce tissue damage and increase circulation, which is crucial to neurological health. Vitamin E is also an antioxidant that can help to reduce damage to the brain by reducing the impact of chemicals. As of 2009, there was not much data to support the belief that Vitamin E is beneficial to Parkinson's patients specifically. • Multivitamins: - Multivitamins can have many effects on the body of a patient suffering from disease. The Council for Responsible Nutrition (CRN) states that multivitamin supplements can support the health of the brain as they are absorbed into the body. It is important to find a vitamin that is easily absorbed by the body to make sure you are receiving the full benefit of the supplement.

You may be interested in reading Parkinson’s Treatment and Supplements for Parkinson's.